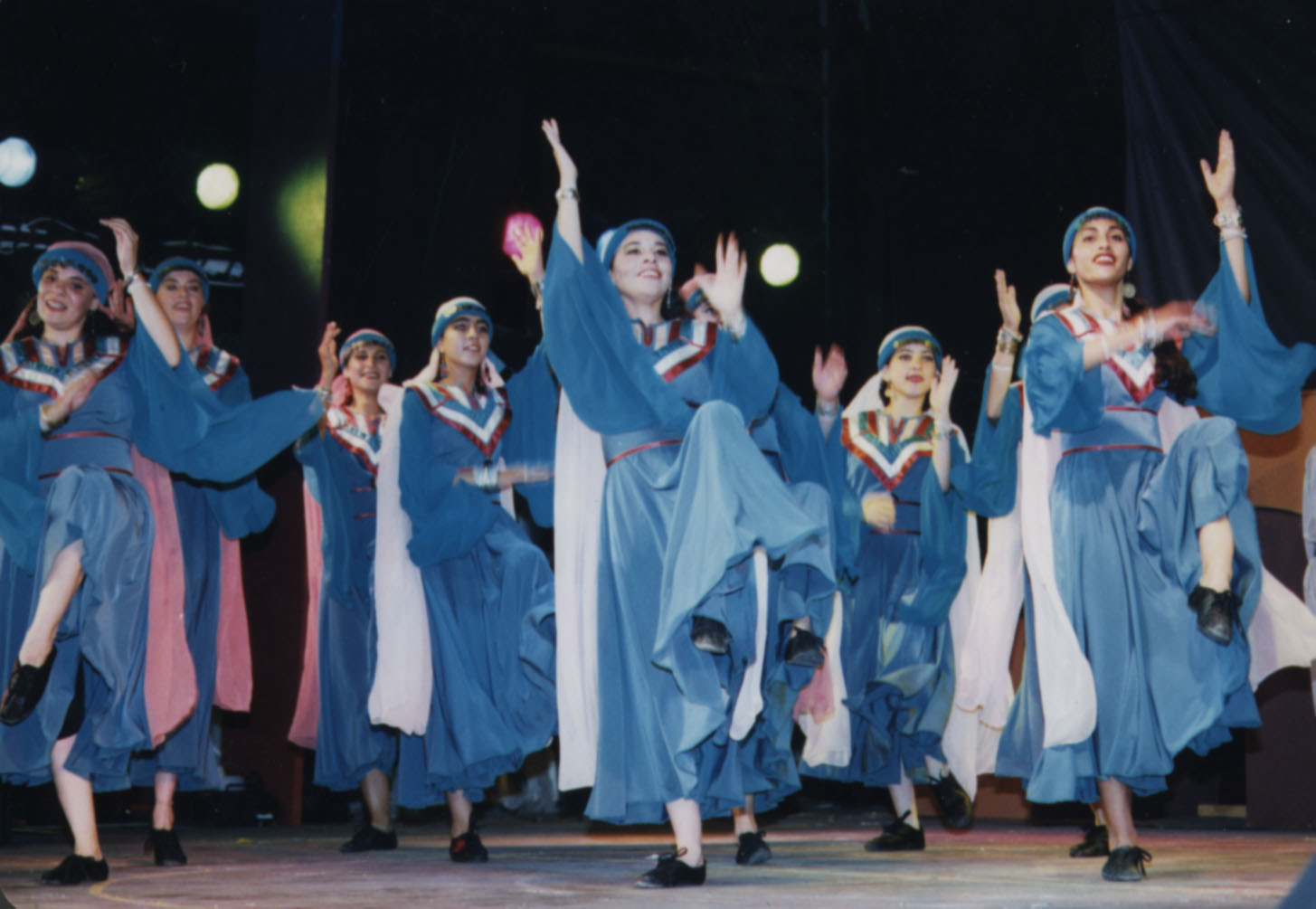 The theme chosen for this production was inspired by folklore. Recognizing its role in preserving and developing Palestinian folklore, El-Funoun decided to present a new production that would impress and motivate all ages. It was decided that the Palestinian wedding, one of the richest icons in Palestinian heritage, would be the principal working ground for the production. The outcome was an artistic work that combined authenticity with originality, traditional raw material with more modernistic dance components finally, a very Palestinian theme with attributes that carry a universal appeal.